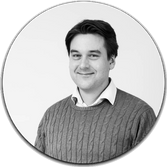 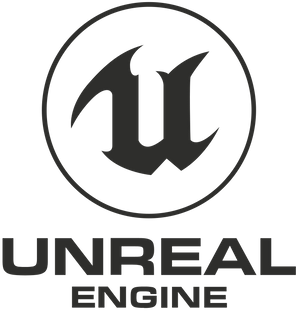 The player finds him/herself locked inside a prison cell in a mysterious compound platform spiraling out of a vast ocean. Through a use of stealth and/or gunplay, the player will need to make his/her way up to an escape pod to escape. Everything is not quite what it seems.

Inspired by Eric Chahi's Another World, Mass Effect and Half Life.

From 2D layouts to building the level in Unreal

Cutscenes and general use of sequences

I first drew the three floor levels, top down, in 2D, and then implemented the in-engine level onto these outlines. Tweaking was needed due to time and gameplay scope as I had originally intended to have three levels, with an alien on human prisoner research area, I decided to switch to two floors instead due to the small amount of time to make the game. 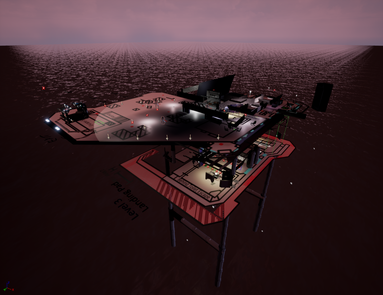 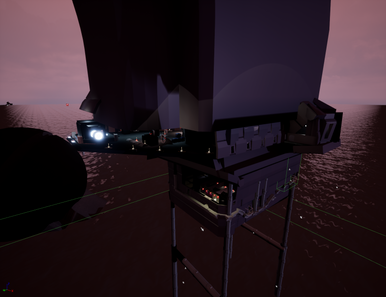 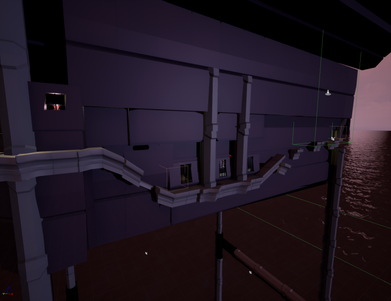 The start of the level has some platforming with some trial and error jumping that may put some people off, but it is an ode to the trial and error of old games such as Another world. I added a checkpoint system to mitigate possible frustration, and that restarts you from before the jumping area.

My idea to go from enclosed prison cell to this area was to get a sense of the wasteness of the compound and the surrounding water. At the beginning of the game there is nothing in the sea. When you reach the second floor, the creepy ambient music starts, and the player may or may not realise that through the window some strange spikes and white objects have appeared in the horizon. 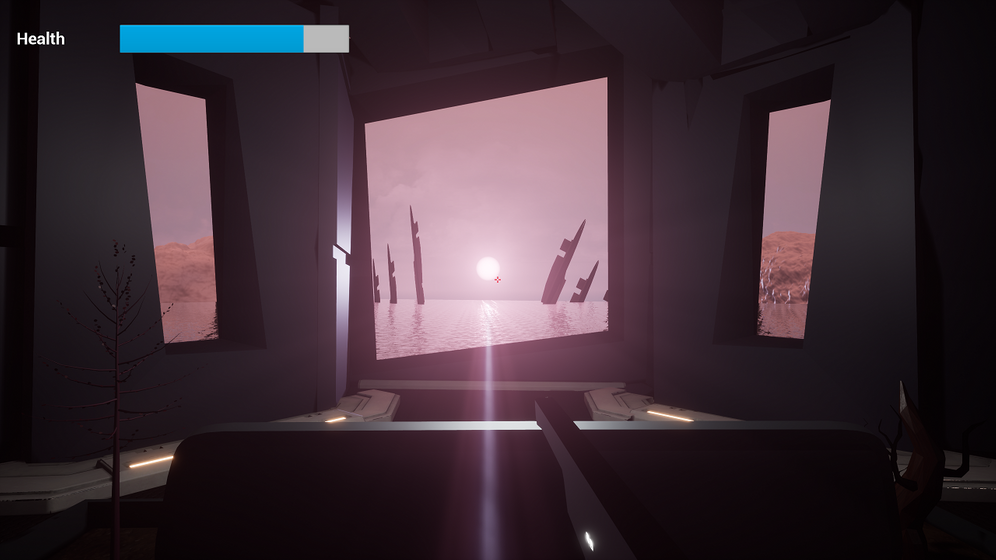 The vista spot looking out at death awaiting you.

First person - slice your enemies - action game. You are an extraterrestial arriving to the planet LJN-35X with a mission to find the artifact known as Cutting Edge. Embark on a journey beyond the jungles and inside the temple fighting the Son's of Alberich and deadly floating pirahna's on your way. A concept of a game made with cheeky B-movie passion at heart.

From 2D sketches to

3D tempel and cave assets plus putting it all together.

Cutscenes and general use of sequences

A stealth game prototype about Red Fox's first encounter with an ill-tempered cybernetic monstrosity(Boris the Bear) in a mysterious mountainous grove.

A game project with a strong emphasise on the cinematic and musical narrative.

and turned sketches into finished level in unreal. Caves in landscape.

Narrative through cinematics and music

A third person platformer about a monkey who has to get the pineapple vodka juice for his grandpappy, Bong Bong.

A lot of the focus in this game prototype has been on making low poly level design and getting that game feel while still utilizing only cubes.

in Probuilder and asset implementation

Casual mobile game where you explore the forest, combine objects to progress, plant trees to gain resources, and befriend creatures within a magical mysterious world.

Sidescrolling shoot-em-up. You are a Alistair and/or Daisy battling a world of dinosaur robots. Reach and fight the evil mastermind toaster and free the realm from tyranny!

or co-op shoot em up

Unicorn Prince and The Machine Menace

Platformer RPG Metroidvania Game. You are a prince with your trusty unicorn who has to save the realm from invading robot overlords using fantasy medieval weaponry and magic. Embark on an adventure with your unicorn, fight against vicious animals in the realm of Excelsior Prime, find the man in red, unlock the battle against the machines.

What is the purpose behind the robot onslaught?

An epic concept of a game with incredible music.

The game can be played at itch.io.

A psychological horror/music game. You are a composer trapped in your own mansion who has to battle your past and the Ancient Cne who has taken control over famous old composers, such as Beethoven and Wagner. Or is it only your madness that has manifested itself?  Your wife and child is dead. What happened to them? Use your weapons from WWI and your musical powers to destroy your inner demons.